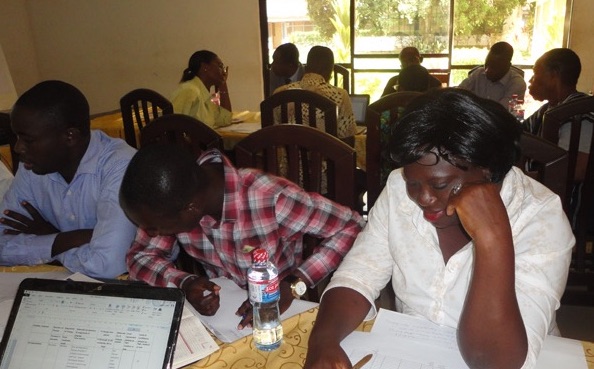 Small-scale farm systems have become increasingly susceptible to climate change impacts in the recent decades. The people in Navrongo, a town located in the Upper East region of Ghana, have especially experienced difficulties. “There is a real problem with rainfall,” one local farmer noted, “when we were young, we planted millet in April. Gradually, we started planting in May, June, and now, in July.” This changing rainfall pattern has made it more difficult for farmers. The seasons are shorter and yields are not what they once were. The changing climate projects an even bleaker future.

Navrongo is a predominantly small-scale farming community. The major crops grown are millet, sorghum, and peanuts. Some farmers have dual crop/livestock systems, and keep cattle, sheep, goats and poultry. Many farms rely on organic practices to insure production. The majority of farmers are dependent on livestock manure for fertilizer, and crop residue as a main source for livestock feed.

The Western Africa AgMIP regional team, led by Dr Dilys MacCarthy and Dr. Samuel K. Adiku, has identified Navrongo as a target area for study during the AgMIP project. Over the last several months, three workshops have been held in this region. Two workshops in September, and one workshop in November, were held to develop Representative Agricultural Pathways (RAPs) in the Navrongo region. These workshops included a total of 51 participants from a variety of fields including: research, NGOs, policymaking, agricultural extension, and national climate change platform members.

Representative Agricultural Pathways (RAPs) utilize climate and socio-economic information to construct agricultural models to determine regional vulnerabilities to both climate and economic variation. The uniqueness to RAP design is the trans-disciplinary process that brings together the various elements of the research team. This trans-disciplinary approach is especially beneficial to stakeholders, as it provides AgMIP teams the opportunity to capture plausible farm-level improvements that are often static when modeled in climate scenarios. RAP designs encompass tradeoffs between bio-physical drivers and socio-economic drivers. Western Africa will develop RAPs 4 and 5 during phase II of the AgMIP project.

“There is a problem with the weather,” one farmer acknowledged during one of the workshops, “The rain falls continuously for two or three days and then there will be no rainfall for another week or two.” Understanding how climate may change in the coming years is essential for long term planning. 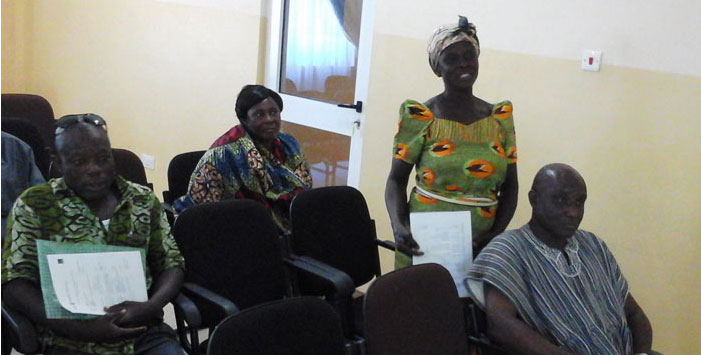 The RAPs created will help reduce uncertainty towards modeling in the Navrongo region. The Navrongo region focused their workshops on two opposite scenarios: RAP 4 and RAP 5. RAP 4 is recognized as sustainable low growth, synonymous with strong environmental protection but low economic growth. RAP 5 is recognized as unsustainable high growth, synonymous with productive economic growth continuing at the expense of natural resource exploitation.

During the workshops, the Western Africa team, in collaboration with stakeholders, identified several indicators that would be impacted in each RAP design. The stakeholders then identified each indicators resultant impact. Many indicators were targeted, but some were of particular note. For the more environmentally sustainable projection (RAP 4), significant findings include: moderate increases in water-availability, labor availability, and labor demand, as well as a small decrease in pests, diseases, and extreme events. The unsustainable projections (RAP 5) include suggestions of a large increase in soil degradation, a moderate increase in fertilizer use and pests and diseases, and a small decrease in labor demand.

Outcomes from the development workshops will continue to advance Phase II of the AgMIP project. Crop modelers will be incorporating the developed RAPs into their work and look forward to sharing outputs with collaborators. The research team will continue to engage with stakeholders through follow up visits and consultations to continue to provide insight and receive input. Furthermore, the West Africa team is looking forward to the Dakar Workshop, where engagement with other regional teams will further advance the collective work of AgMIP.