Efforts by the AgMIP potato crop modeling intercomparison team led by Dr. David Fleisher, USDA-ARS, were recently published in Global Change Biology. The team explored the uncertainty among yield predictions from nine crop models using high quality experimental data from four different geographic sites. Model variation was higher at sites that were less intensively managed, implying there was more uncertainty among models when plants were under water and/or nitrogen stress. 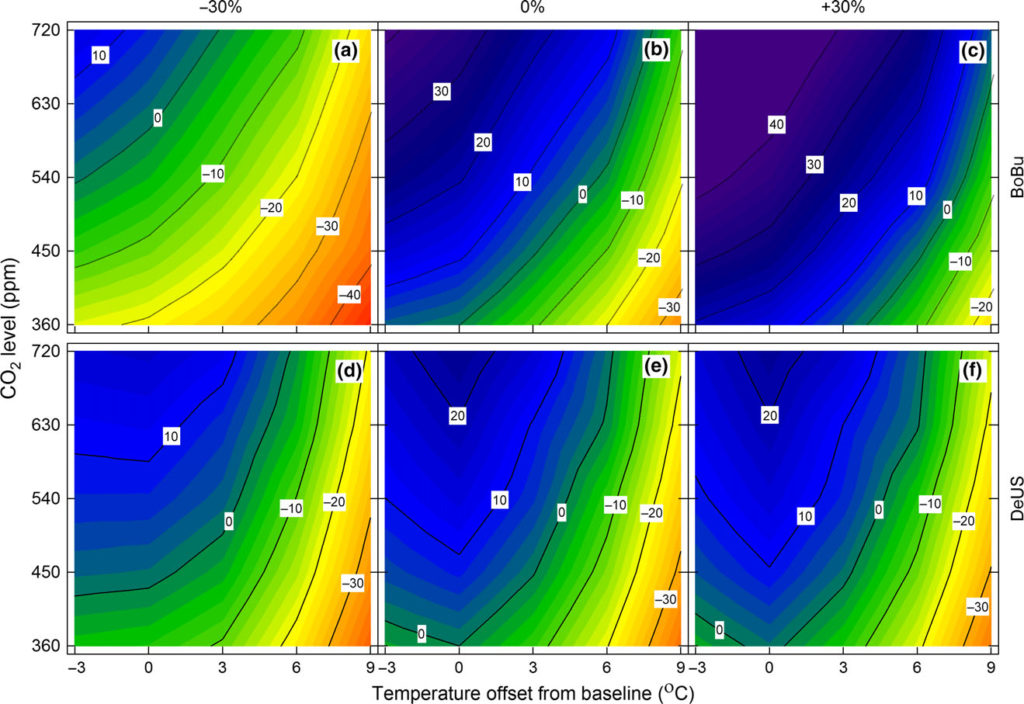 Yield predictions as influenced by changes in climate factors were also investigated, where it was shown that increases in temperature above historical values accounted for the highest amount of uncertainty. Using median model ensemble values, yield increased on average 6% per 100-ppm C, declined 4.6% per degree-C, and declined 2% for every 10% decrease in rainfall (for non-irrigated sites) across all locations.

No particular model was consistently better than others when approximating experimental data or ensemble median values across all four sites. A minimum of five partial, or three full, calibrated models was required for an ensemble approach to keep variability below that of common field variation. Model variation was not influenced by change in carbon dioxide.

These are the first reported results quantifying uncertainty for tuber/root crops and suggest modeling assessments of climate change impact on potato may be improved using an ensemble approach.

The Potato Pilot also engaged in a collaborative exercise to evaluate the response of their models using experimental open-top chamber and FACE ambient and elevated C data at multiple locations in Europe.