There has been considerable effort in the last 44 years by researchers to model climate change impacts on farm households, but relatively little attention have been paid to food security. Food security includes many components and modeling it requires an understanding of how agricultural systems are affected by social and economic factors.

In order to answer the question of whether current agricultural models are up to the task of assessing agricultural adaptation to climate change and future impacts on food security, the CGIAR Research Program on Climate Change, Agriculture and Food Security (CCAFS) commissioned a review of farm household modeling.

The resulting paper “Farm household models to analyse food security in a changing climate: A review” by M.T. van Wijk and others in the journal Global Food Security has been recently published. 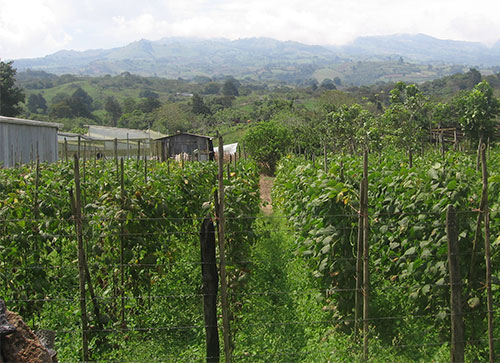 The reviewers found that despite the large number of studies published, there is still an ongoing challenge for current farm-household models to effectively simulate the impacts of climate change on food security.

The term food security was first used at the World Food Summit, 1996, and has four aspects: food availability, economic food access, physical food access, and food utilization. In the review by van Wijk et al., food availability, access and stability were selected as the criteria to estimate the models’ simulation capabilities. Out of 16,000 journal articles, they selected 2,500 that were then narrowed to 480 articles that contained 126 models. These were then evaluated. Each model was characterized and categorized into three main areas: dynamic simulation, mathematical programming, and multi-agent modeling.

The authors found that there was a substantial increase in the total number of studies concerning farm household models over time. The majority were applications of already existing models using individual or a combination of techniques rather than newly developed ones. By focusing on the three elements of food security, they identified three main weaknesses in the models. First, the models did not have the ability to capture farmers’ real life decision-making processes. Second, the models did not include non-agricultural activities that would have influenced food availability and access, such as jobs in different sectors. Finally, investment costs were not easily quantifiable and had high uncertainty.

The authors concluded that there is a need to efficiently integrate different key components, such as socio-economic and nutritional information into the models, so as to properly assesses the impacts of climate change on food security. But the review also shows that there are new methodologies and approaches that are dealing with these issues. One example is the Tradeoff Analysis for Multi-Dimensional Impact Assessment (TOA-MD) model (Antle and Valdivia) which is successfully used by AgMIP’s Regional Research Teams in their climate change impact and adaptation assessments. TOA-MD is a model based on advanced statistical methods to simulate economic, environmental and social impacts of agricultural systems of populations of heterogeneous households.