Our climate is changing and crop simulation models can project how climatic factors will affect food production in the coming decades, and what adaptations in farmers’ fields could stabilize global food security.

Crop models are computer tools used in combination with present scientific knowledge to project yields under future climate. A recent publication, “How do various maize crop models vary in their responses to climate change factors?” by Bassu and others in the journal Global Change Biology addresses questions regarding our confidence in how well the maize simulation models can predict growth and yields under future climate change.

According to the latest report of the Intergovernmental Panel on Climate Change (IPCC), crops will face higher temperatures and higher CO2 concentrations, two factors that are known to affect plant growth and production. 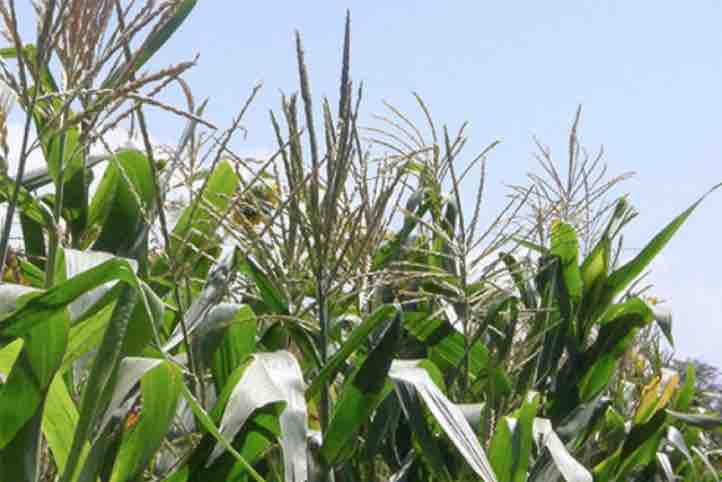 A study conducted by 37 worldwide scientists within the framework of the Agricultural Model Intercomparison and Improvement Project (AgMIP) just completed an intercomparison of 23 different maize simulation models in order to assess the extent to which the models agree in sensitivity to temperature, CO2, and other climatic factors. They determined the ability of these tools to forecast yields at four sites (US, France, Brazil and Tanzania) that represent major areas of grain production.

Before detailed site calibration, any single model failed to accurately predict site yield. But most significantly, the ensemble (average) of the 23 models improved the prediction of yields at the four sites, which suggests that multi-model ensembles can be used to increase confidence in the projections of future maize yields. In general, while there was variability among models, they agreed on the effects of rising temperature including shorter growth cycles, less biomass, and lower grain production. There was less water use, but only because the crop cycle was reduced. The models did not agree as well on yield, biomass, and transpiration responses to rising CO2, although the effect of increasing CO2 on maize yield was small on average.

Overall this study highlights the need to continue model improvement by fine-tuning those responses linked to expected environmental changes, cultivar characteristics, and efficient water management. These and other model improvements will provide farmers and policy makers the tools they need to plan for the changing climate ahead.