The inclusion of pest and diseases in modeling is getting into AgMIP’s mainstream research. Many crop modeling initiatives do not normally account for effects of pest and diseases leave alone focus on this in the context of climate change. The existing though scanty information indicates that as global warming progresses, latitudinal (and altitudinal) shifts of crop pests are expected depending on the species (Bebber et al. 2013). For example, tomato red spider mite (Tetranychus evansi) threat is predicted to shift from the current tropical countries in South America and Africa, and temperate regions in North America, the Mediterranean basin and Australia towards northern Europe and some other temperate regions in the Americas by 2080 (Meynard et al. 2013).

Africa and other tropical countries will also have to cope with species shift of viruses and nematodes towards the equator (Bebber et al. 2013). In South Africa, and as expected in other zones, differences in ecosystems within a region will have different rates of pests and pathogen development. Van der Waals et al. (2013) predicts the cumulative relative development rate (cRDR) of early blight and brown spot in south Africa to increase in the wet winter and wet summer crops of the Sandveld and Eastern Free State, respectively, but remains unchanged in the dry summer and dry winter crops of the Sandveld and Limpopo, respectively. The cRDR of late blight in all of the cropping systems modeled in this study will decrease, except in the wet winter crop of the Sandveld. This and other models may have uncertainties such as species prevalence, modeling method and environmental response due to differences within the species as shown by Meynard et al. 2013. 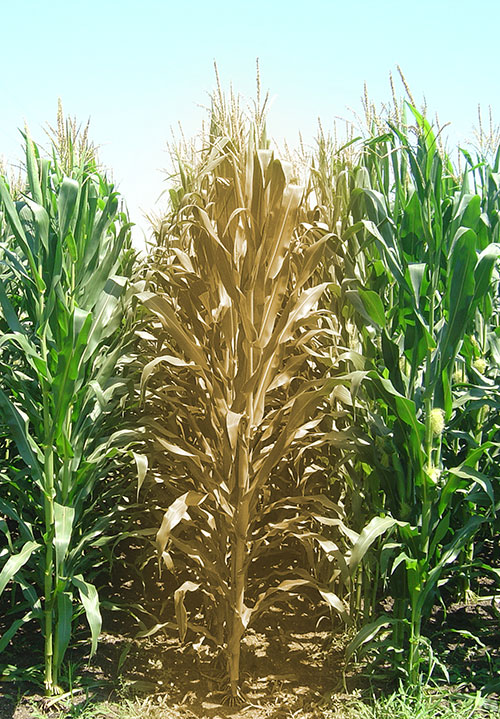 So how will the pests and disease populations affect productivity and economies of future households? This is one of the questions that AgMIP is aiming to answer by capturing climate change effects on pest and disease pressures within dynamic crop growth models. Besides, pest and diseases, climate change will impact species diversity loss more than change in land use will, according to a study by Heubes et al. 2013 in Burkina Faso. The study which used Land SHIFT model to predict the impact of climate and land use change on species diversity in West Africa also shows that species loss will be affected by latitudinal patterns. In this case more humid regions will be more affected than the dry regions.

Majority of farmers in Nigeria, as elsewhere in SSA, attribute high temperature, decreased rainfall distribution and low crop production output to climate change (Bello et al. 2013). A 1% increase in intra-seasonal precipitation variability will reduce household income by 1.5% in Malawi (Cook et al. 2013). They employed a structural model to estimate how households make land and labor allocation decisions in response to climate change. The study also modeled the adoption of improved maize varieties against precipitation and other non-climatic factors.

In eastern and southern Africa, low-input, small-holder farmers may not immediately have reduced sorghum yields as a consequence of global warming, but rather could observe some yield increases. An article by Turner and Rao, 2013 concludes its findings based on a study using APSIM simulation models. Interestingly, micro-dosing with nitrogen fertilizer 20 kg N ha-1 will significantly increase yields by 19-72% depending on the location, being greater increase than that due to temperature. 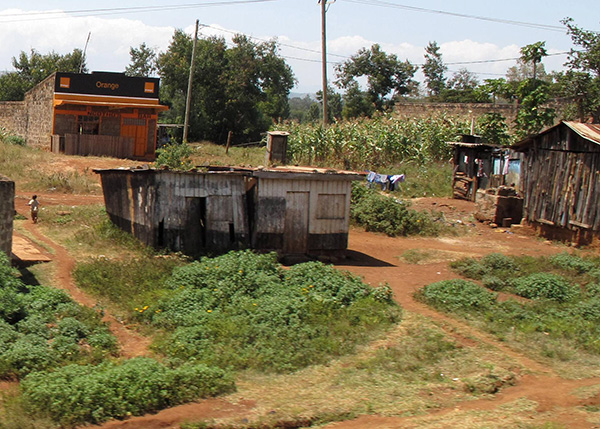 As expected, lowest yield increases in this study were observed in the hottest and driest area of the study. At high fertilizer rates of 80 kg N ha-1 sorghum yields may decrease following an increase in temperature. Rao is the AgMIP eastern Africa regional project principal investigator.

But higher temperatures could also be a risk, in addition to seasonal variations in precipitation (Seo 2013). According to Seo, altered climate risks will push a large number of farmers to switch away from a crops-only enterprise due to a large decrease in daily temperature variability. Such adaptation may include an increase in crops-livestock enterprise in the grasslands with wood cover and subtropical drought-deciduous forests. According to the study, climate risks across Sub-Saharan Africa are higher compared to South America, although the situation is different for some ecosystems.

Another dimension in relation to future land productivity is technological change. “Technological change in agriculture plays a decisive role for meeting future demands for agricultural goods”. This is according to a study by Dietrich et al. (2013) that looks into technological change in agriculture as an endogenous input in agricultural modeling. Using global land use model MAgPIE (“Model of Agricultural Production and its Impact on the Environment”), the authors show yield elasticity with respect to research investments is 0.29 and production costs per area increase linearly with an increasing yield level. Highest future yield increases are required in Sub-Saharan Africa, the Middle East and South Asia.