The workshop goal was to facilitate transformational change and science-based foresight by bringing together climate, agriculture, health and nutrition, trade, security, and humanitarian aid expertise to advance next-generation tools and decision support systems that confront current and future challenges to food security and improved nutrition. Despite being commonplace today, climate-related food shocks are difficult to predict and it is difficult to track their wider repercussions. It is also widely agreed that the current trajectories of climate change and socioeconomic development will be punctuated by dangerous shocks and extreme event hazards affecting an exposed and vulnerable food system. This workshop focused on understanding interactions among complex processes spanning multiple disciplines, systems, and scales. 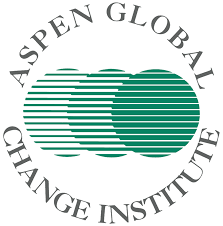 Existing models span disciplines, spatial scales, and time horizons, but together capture the bulk of core dynamics that would allow more detailed examination of the food system’s tendency to exacerbate or buffer food shocks with wide social, environmental, and economic consequences. A major takeaway is that the components and understanding for substantial advances are available and within reach given proper collaboration and connection.

The group underscored that there is strong overlap between the disasters community and the long-term climate change community, as today’s disasters are already being shaped by human influences and the starkest future impacts will be disasters on top of changing climatological baselines. By developing this system of models, the group moved toward more stable targets for model linkages and wider collaboration from the broader food systems community (and its health consequences), and also elucidated a clear set of pathways between climate systems research and food insecurity, which is a major area of risk driving public sentiment and international negotiations.

Find more information on the agenda, participants and presentations here.