In June 2015 over 80 scientists from 24 countries attended the Agricultural Model Intercomparison and Improvement Project (AgMIP) Regional Fundamentals Workshop in Victoria Falls, Zimbabwe. The participants included members of AgMIP Regional Research Teams from institutions in Sub-Saharan Africa and South Asia who, along with AgMIP leaders, have been co-developing protocols to assess the impacts of climate change on regional food security.

This video features five women scientists who attended the workshop as members of their Regional Research Teams. All five women hold important positions on their teams and are critical for the success of the project. The goal of the video was to listen to them describe in their own words the challenges they face, culturally or institutionally, in their pursuit of a career in the sciences. 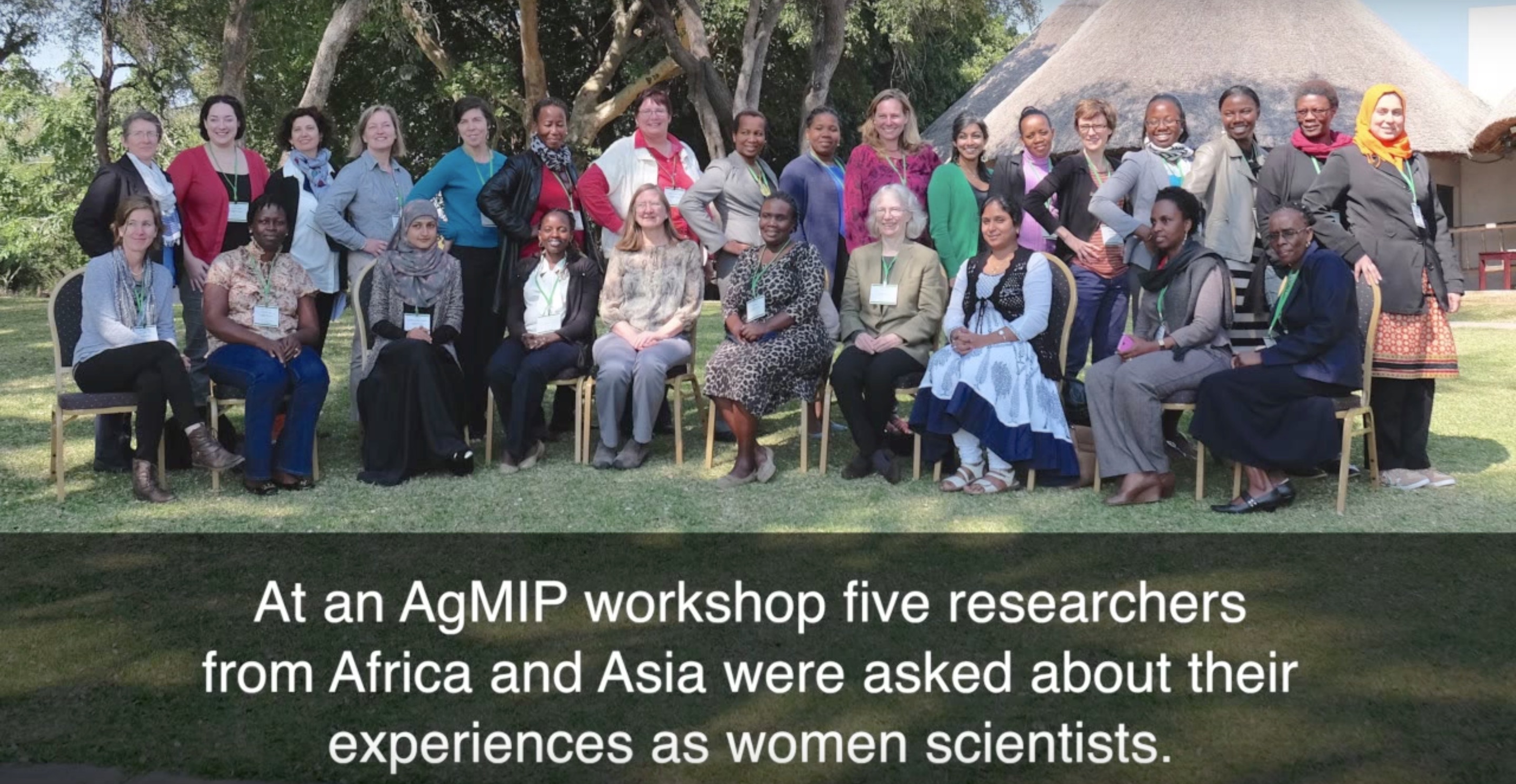 Although the scientists in this video are from low-income countries, the problem of a lack of female researchers is by no means confined to the developing world. According to the 2011 US Census Bureau only 26% of science, technology, engineering, and mathematics (STEM) researchers in the United States were women, only slightly higher than 24% in Pakistan, and only a small increase since 1990. The amount of women graduating from universities with higher degrees is increasing, however it is clear that there are impediments in most cultures preventing those same women from pursuing a career in research after graduation.

Women currently engaged in STEM jobs can provide insight into the barriers that stop others from joining them and making an impact in science. Their stories and concerns highlight issues that need to be addressed to rebalance the unequal gender numbers typical of research positions around the world.

AgMIP extends many thanks to the five scientists in this video for their candid and eloquent insights into this important problem.