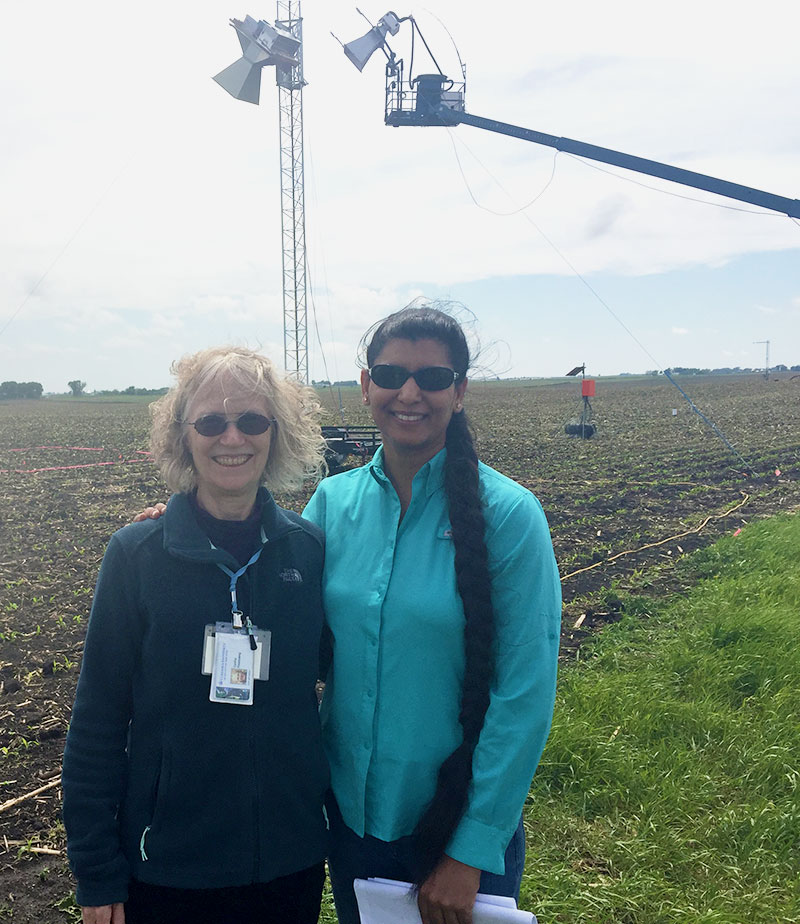 Particular focus for this workshop revolved around NASA’s Soil Moisture Active Passive (SMAP) Mission. Launched in January 2016, this mission is an effort to validate satellite-based geophysical products. More specifically, scientists will focus attention on validating satellite research by calibrating it with on-site field data in an effort to improve the algorithms used to retrieve soil moisture data.

During the workshop, scientists visited a field site at Sweeney Farms, near Buckeye, Iowa, to examine the current efforts of scientists on soil moisture. Here, scientists from the University of Florida Center for Remote Sensing monitor ground-based active and passive microwave sensors to retrieve moisture data of soybean and corn – the two primary crops for the region. Data is collected every fifteen minutes. From May 25 to June 5, 2016, and August 3 to August 16, 2016, NASA will conduct fly-over missions as part of the SMAP Validation Experiment-2016 (SMAPVEX-16). During these time periods, aircrafts with microwave sensors – operating at the same frequency as those on the ground – will retrieve data to be compared with the ground data. Ultimately, this calibration and validation project will improve satellite measurement of soil moisture and thus assist in future projections.

Over 100 scientists from global institutions are participating in the SMAPVEX-16 campaign. AgMIP Co-PIs Cynthia Rosenzweig and Jerry Hatfield were on hand last week to participate.