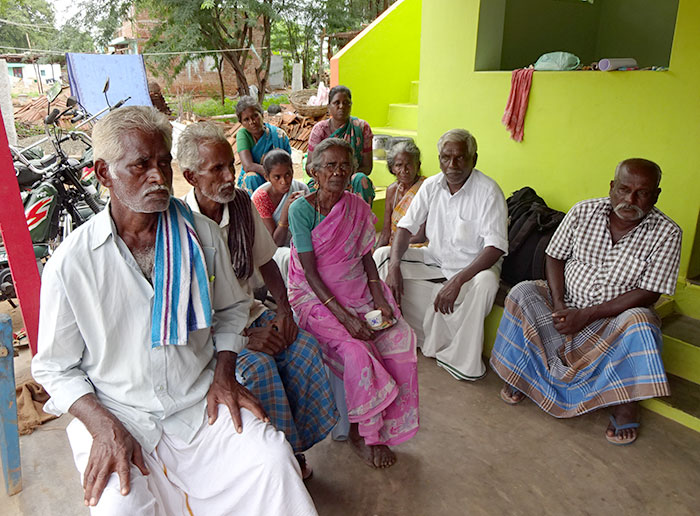 In the middle of November 2015, as Tamil Nadu, India was experiencing some of the worst flooding in its history; a team of AgMIP researchers arrived to meet with agriculture stakeholders in Southern India. The AgMIP Southern India Regional Research Team, led by Dr. V. Geethalakshmi, had arranged a series of ambitious meetings with local government ministers and business leaders to present outcomes of AgMIP research, and to plan for engaging policy makers and state administrators going forward. Despite the inclement weather and transportation difficulties the group met with stakeholders in Chennai, Tamil Nadu, India on November 17. More than 90% of the invitees attended the workshop where they agreed there could not have been a better time to talk about climate.

Stakeholder driven research is essential for developing agricultural adaptation policies to climate change that will be implemented and effective. For this to occur a bottom-up approach to research that begins with stakeholder engagement and is continued throughout the research project is needed. The goal of the Chennai workshop was to provide a platform for the AgMIP team to understand the needs of the stakeholders and an opportunity to integrate them into their models that simulate the impacts of climate change in the coming decades.

The farmers in Tamil Nadu have seen their share of climate related setbacks in recent years. Volatile and unseasonal rainfall amounts have resulted in poor crop establishment and yield losses from 50% to 100%. Delayed monsoonal onset dates, shifts in nighttime temperature, long dry spells, new pests and diseases, and increased evapotranspiration have all negatively impacted yield.

In order to combat the negative impacts of climate change, policy makers presented adaptation ideas that included introducing early and extra-early rice varieties during delayed monsoonal seasons, temperature tolerant crops, farm mechanization, and a System of Rice Intensification. The researchers then, through discussion with the stakeholders, developed a set of adaptations that could be modeled using the AgMIP protocols. The adaptations suggested for modeling included water management (reducing the number of irrigations/ protective irrigation at critical stages), changes in crop variety including high yielding varieties and hybrids, better nutrient management by split-applications of major nutrients, change of sowing date/sowing window for rice, and modeling of the System of Rice Intensification for Cauvery basin, Tamil Nadu with assessment of the impact on yield and water saving.

The connections made between the researchers and stakeholders at the workshop are vital to improve the relevancy and uptake of AgMIP results into climate adaptation planning. Ongoing communication and follow up activities were discussed that should insure the collaborations initiated at the workshop continue into the future, and ultimately benefit the needy farmers of Tamil Nadu.